Home > Research > Only ONE ‘Parasite Evolution’ Away From A Zombie Apocalypse – Confirms Scientists
adminAugust 16, 2017 Research 0 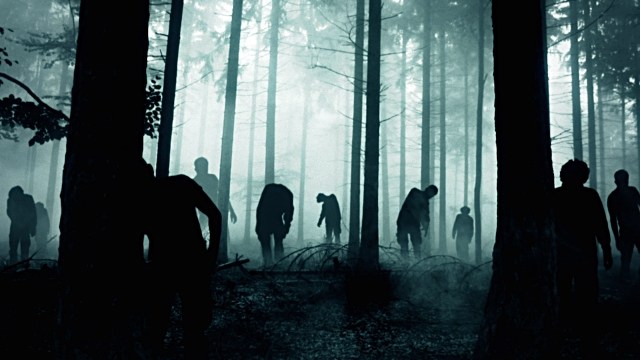 The word ‘Zombies’ usually get’s a person thinking about some Hollywood horror films, but according to leading scientists, this could one day soon become a very true story.
This scary scenario is one of the greatest fears of the human races, inspired by a bulk of Hollywood movies/TV series, and top scientists do now believe that a zombie outbreak could happen – get ready to start building those bunkers people!?
Though it is impossible to believe that the dead would rise and feed on the living, experts now think that a parasite could most definitely affect the brain or a virus could evolve – and no this is not an April fools day joke, wrong time of the year.
Interestingly, a survey was done not so long ago asking whether many people felt prepared for a zombie apocalypse, surprisingly many actually want it to happen!? Perhaps too much walking dead? It has been suggested by many, that there is reason why the whole ‘Zombie’ idea is incredibly popular at the moment, perhaps to prepare us for whats to come?

The popular US TV series, creating the scene for whats to come?
A creepy, very REAL parasite known as toxoplasmosa gondii is known to infect the brains of rodents.  The parasite can then actually manipulate the rodent’s behaviour to make it fearless around cats – with good reason too, as it this is where the parasite is hoping to end up.

This particular nasty parasite has the ability to make the rodent head towards a cat where it will be eaten and consumed!  However, what worries scientists is how similar rats and humans are – which sadly is why they are used for testing drugs and medical breakthroughs (not something that us guys here at UIP ever condone!)
BUT this is where things get VERY freaky! After numerous amounts of scientific research, it is already believed that more than half of all humans around the world have a dormant version of the parasite on their brains in the form of harmless cysts. This is indeed making many researchers and scientists very nervous about this daunting situation.

Toxoplasma gondii is a parasite that controls the brain
No matter what the outcome could be, for some human beings with immune deficiencies, the parasite has sadly already taken over which has been linked to schizophrenia and suicidal tendencies – as you can imagine, this is something that government officials don’t want people like you and I knowing about!
A study from the University of California revealed that the parasite is more powerful than previously thought. Wendy Ingham, who was involved in the study, says that the team tested the parasite on mice which were ultimately unfazed by the presence of a predator once infected.
She went on to warn that toxoplasma is dangerous:

“The idea that this parasite knows more about our brains than we do, and has the ability to exert desired change in complicated rodent behaviour, is absolutely fascinating.
“Toxoplasma has done a phenomenal job of figuring out mammalian brains in order to enhance its transmission through a complicated life cycle.” Wendy Ingham,

There are many leading scientists and researchers who believe that a severe strain of a virus, will ultimately turn the human race into zombies. A Dr. Ben Neuman, who is a leading top professor of virology at the University of Reading, believes a 100% that a virus such as rabies could evolve and conquer humanity.
He recently told Yahoo:

“There are parasites out there that get close to making actual walking around zombies.

He went on to say:

“But the real weirdos locked up in Mother Nature’s basement are the viruses. There are more viruses out there than we will probably ever discover and I bet that somewhere out there in nature something like this is happening.
“If you look at rabies, it completely changes the way a dog behaves.
“It’s transmitted by bites, it leads to madness, convulsions, and so it’s not really that far-fetched.”

A zombie apocalypse looming?
Lets also not forget the fungal disease which can affect ants, spiders and all other sorts of insects, which is a parasitic ‘zombie’ fungus which controls its ant hosts to die outside of their nest, so it can find fresh prey easily, researchers have found. This fungus is called Ophiocordyceps camponoti-rufipedis, known as the ‘zombie ant fungus,’ It controls the behavior of carpenter ant workers – Camponotus rufipes – to die with precision attached to leaves in the understory of tropical forests.
It also manipulates its victims to die in the vicinity of the colony, so it can drop infected spores onto the ground and infect others. Lets hope this particular fungus does NOT go on to affect us humans – scientists are hoping also that this is never a threat to humanity!

A dead carpenter ant, with fungus sprouting from its head. A parasitic fungus, a species of Ophiocordyceps, has the ability to take over the mind and body of the ant before leading it to its final resting place
U.I.P Summary
It is not often that us guys at U.I.P cover other areas separate to the whole ufology theories, however this is an incredibly important subject matter and one of which to many seems far to ‘science fiction’ to ever become true, much like ‘Aliens’ and ‘ET’s’ used to be – But like we quite often say in our social media posts, science fiction is most definitely becoming more science FACT!
To be fair, when you look around you sometimes throughout the overcrowded streets, there already appears to be zombie like humans amongst us! Whether it is through drugs, depression or something else, people are starting to become very closed, perhaps this is an issue caused by the over controlling over an already over populated planet!?
When doing some research on the ant fungal zombie disease (like mentioned above) I read a very interesting theory on why and how this fungus came about! Apparently its is to control the populations of the ‘insect world’ to stop it naturally becoming over populated – this leaves a rather slightly daunting aspect to what ‘may’ become of us one day! Perhaps the ET’s could even use something on us, creating a devastating ‘fatal’ disease which makes us destroy ourselves!
The Walking Dead series and other zombie themed series and films, may make people think a bit differently these days!
MWV